An Auction and The Fight For Patterns

Hello lovely readers! I thought that I'd share with you today about my auction experience. A few days ago I saw an auction posted on Auction Zip ( a great place to find local auctions), that stated they had sewing patterns. Hmm, sewing patterns I thought, I'll be there. Having frequented auctions before, and picking up sewing goodies for a few bucks a pop, I figured I'd have no problem having my pick of the patterns for thirty or so dollars. Oh my goodness gracious, wrong I was!! I would offer an educated guess that there were about 200-250 patterns, which sold for almost $300. At an auction with only about 70 people there at the busiest time! The patterns were the priciest item to sell all day, beating out all of the furniture.

Readers, I wanted those patterns. I was drooling over those patterns. From the moment I laid eyes on them, they were "mine" in my mind. I was picking out fabric and dreaming of sewing. I bid the patterns up to $100, which was pushing my comfort zone price wise big time, but had to back out when the price got to over $100 and showed no signs of slowing down. I did hold back the tears since I didn't want to be seen as the weirdo crying under the shade tree. I was already the youngest person there buying things, crying would have only compounded the looks I was getting. For a brief moment, I may have considered beating someone up for those patterns. I'm sure it couldn't have been more than a misdemeanor and I'm sure one of you lovely readers would have bailed me out of jail. Right? Right? What if I told you there was a whole box of Advance patterns? Would you bail me out then if I slipped you a few of the under the table?

Luckily, the entire day wasn't a bust though. I managed to buy a huge container of buttons for only $10, a real steal when you consider how much buttons cost at Joanns. I bought lots of goodies to load up my Etsy shop with, along with some lovely goodies to hoard myself. Before today I never knew that I needed a vintage badminton set for a dollar. Despite the fact that I have no children two mid century-ish kids chairs followed me home. ( Well, barely followed me home, as I had my little bitty car loaded down in true hoarder fashion.) I did manage to get a large box of fabric for $3 which contained some red double knit which will be a dress for winter. Actually, given the amount I have I think I could make each and every one of you a dress for winter. Almost all of it is polyester but for $3 I can use it for muslins cheaper than I can actually buy muslin. You've gotta love being thrifty!

So, let's see round one of my auction goodies! ( Some of it will be in the shop soon if you're interested.) 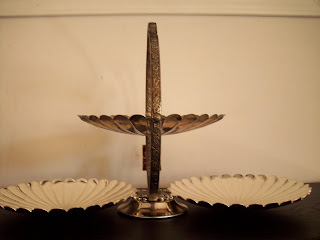 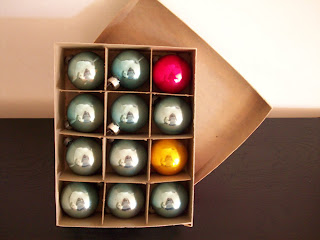 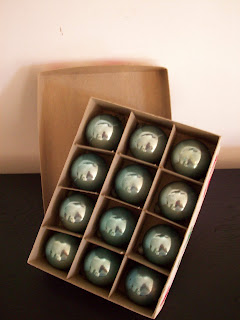 Ladies and gentlemen, I bought even more stuff than this. For a grand total of $37, and the buttons were $10 of that! If you like seeing goodies that I dug out of "hiding" check back soon for my other treasures! I'll post my newest sewing project that I will hopefully have time to start next week soon.
Posted by Rebecca at 12:01 AM

Email ThisBlogThis!Share to TwitterShare to FacebookShare to Pinterest
Labels: Thrifting

Rebecca
I am a wannabe seamstress. I have new patterns, vintage patterns, fabric, buttons, zippers, and a plethora of sewing trinkets that I don't know what to do with. What don't I have? Any handmade clothing to show for all of that sewing stuff. So, I hope that you follow me as I attempt to master all the basics of sewing and finally put an end to being a wannabe! I love hearing from my readers! You can email me at wannabeseamstress (at) hotmail (dot) com.

Other Places to Find Me